Killian Farrell, designated Generalmusikdirektor of the Staatstheater Meiningen, currently holds the position of First Kapellmeister at the Staatsoper Stuttgart, where he has conducted a wide range of repertoire from Monteverdi’s Orfeo to Prokofiev’s The Love for Three Oranges. The 2022/23 season includes performances of Rusalka, Carmen and Hänsel und Gretel, and his debut at the Semperoper Dresden with Die Zauberflöte.

Killian followed the traditional Kapellmeister route through the German opera house, beginning his career at Theater Bremen, where he served as First Kapellmeister. During his time in Bremen, he conducted a range of repertoire from the Baroque to the contemporary, including new productions of Die Zauberflöte and Wolfgang Rihm’s Jakob Lenz, alongside performances of Der Rosenkavalier, Lady Macbeth of Mtsensk, Alcina, Rusalka, and Fidelio, among others. Recent and upcoming performances in the opera house have brought him to the Komische Oper Berlin, De Nationale Opera Amsterdam, and Theater Heidelberg, and concert engagements with Ulster Orchestra, RTÉ National Symphony Orchestra, and Orchestra Academy of the Gewandhausorchester Leipzig, and Bremer Philharmoniker.

Killian served as a Conducting Fellow at the Tanglewood Music Centre in Summer 2019, conducting a wide range of repertoire in concert with the Tanglewood Music Centre Orchestra and receiving masterclasses and guidance from Boston Symphony Orchestra Music Director Andris Nelsons, and guest conductors including Thomas Adés and Giancarlo Guerrero. He is a former Young Artist at the National Opera Studio, London, a 2016 Britten-Pears Young Artist, and an alumnus of the Académie du Festival d​’Aix-en-Provence, where he participated in the Mozart Residency 2016. He is a member of the German Conductors’ Forum and was awarded a scholarship from the Bryden Thomson Trust in 2018. 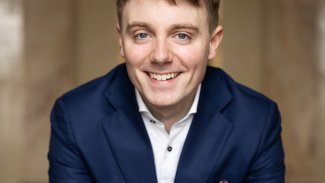