“His voice was projected with ease that allowed it to blossom into an array of beautiful overtones.”

American-born James Ley is a graduate of the Opera Studies programme at New York’s prestigious Juilliard School where he debuted as both Ferrando in Cosí fan tutte and Don Ottavio in Don Giovanni to wide acclaim. As Ferrando, he was praised for his ​‘pure tone and innocent expressiveness’ (Oper​wire​.com) and as Don Ottavio, for his ​‘lovely legato lines with his silvery tenor’ (seenand​heard​-inter​na​tion​al​.com).

In the current season, James Ley is a member of the Opernstudio of Bayerische Staatsoper Munich as the recipient of an Opera Foundation scholarship. Upcoming, he sings Mozart’s Requiem for the company as part of their Summer Festival, joins the Tiroler Festspiele Erl in concert, and ends the season with a return to the Internationale Meistersinger Akademie. Plans for the 2021/22 season include a return to Ferrando (Cosí fan tutte) and Don Ottavio (Don Giovanni) in a special production of the Da Ponte Trilogy with Les Musiciens du Louvre and Marc Minkowski for performances at Gran Teatre del Liceu in Barcelona, Opéra National de Bordeaux, as well as in Versailles. On the concert stage, James debuts with the Symphonieorchester des Bayerischen Rundfunk in Mendelssohn’s Elias. 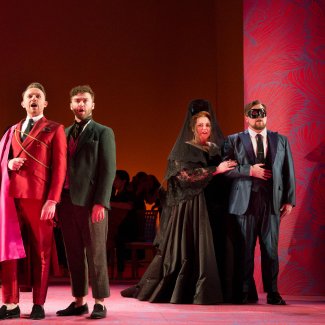 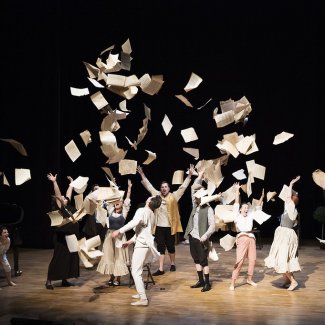 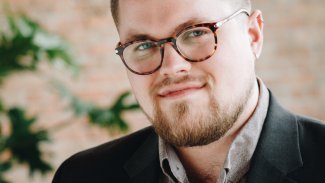 “The American tenor James Ley sings the difficult passages from Mozart’s La Clemenza di Tito with such strikingly impressive colours, so agile and above all so pleasant that the last prominent mention is reserved for him.”

“Ley was the perfect match for this role as he sang Ferrando with playfulness and a young heart. His voice drew in listeners based on its pure tone and innocent expressiveness.”

“Don Ottavio, James Ley, was more convincing as an ardent lover than an earnest suitor. Although he can spin out lovely legato lines with his silvery tenor, the voice was truly exciting when it bristled with energy and passion.”

“Ley was most memorable as he sang ​‘Dalla sua pace.’ His voice was projected with ease that allowed it to blossom into an array of beautiful overtones.”