“I have worked with the LNSO before and I think they are a very professional, wonderful group of musicians who dedicate themselves to music and whose playing culture is characterized by a good sense of tradition. At the same time, they have the ability to adapt, as well as the desire to interact and create something special. This is the basis for excellent music making. I am really happy to be the Principal Guest Conductor of the LNSO for the next two years and I am honoured to have the opportunity to get to know the orchestra and its audiences better. I look forward to the next concerts.” (Kristiina Poska)

“We are happy to announce that Kristiina Poska (EST) is going to be Principal Guest Conductor of Latvian National Symphony Orchestra for the next two seasons! Currently, Mrs Poska is the Chief Conductor of Flanders Symphony Orchestra. Mrs Poska has met with LNSO earlier and won its sympathy by creating a truly successful musical collaboration. In the following concerts it is expected to rehearse music from Aram Khachaturian, Pyotr Tchaikovsky, Ludwig van Beethoven and Pēteris Vasks, which is going to be played throughout the LNSO concerts during the 2021/2022 season in October and April.” (Latvian National Symphony Orchestra) 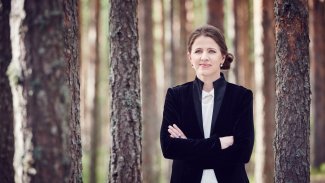 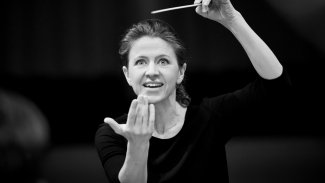