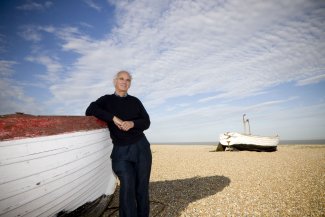 It is with great sadness we announce the passing of Steuart Bedford who died peacefully at home yesterday. He will be greatly missed and takes with him the very special dedication to Benjamin Britten and his music which he conducted in leading opera houses and concert halls all around the world.

Steuart conducted the premiere of Death in Venice at Covent Garden in 1973 at the request of Benjamin Britten which was followed by the first recording of the work. It was this title Steuart ​‘powerfully directed’ as his last opera with Garsington Opera in 2015. 1973 also saw Steuart conducting the first staged performance of Owen Wingrave and in June 1976 he conducted the premiere performance of Phaedra with Dame Janet Baker at the Aldeburgh Festival.

Steuart’s conducting career spanned over 50 years working with many of the great opera companies and orchestras and he was also a highly accomplished pianist and composer. Active in all of these roles he was Joint Artistic Director at the Aldeburgh Festival from 1974 – 1998. He also conducted a number of other premieres including Lowell Liebermann’s The Picture of Dorian Gray in 1996. In 2016 he was appointed an OBE for services to music. His last engagement was conducting Albert Herring at the Grange Festival in 2017.

Steuart was an exceptional musician and a wonderful human being whom we are all grateful to have known and worked with for so many years. His vast knowledge and always unselfish devotion to music and his fellow musicians will be an immense loss to the musical world. Our thoughts are with his family.