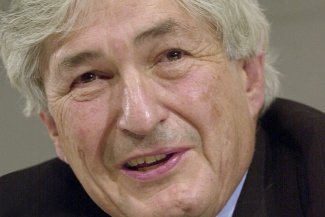 We mourn the death on 26 November of James D Wolfensohn KBE financier, humanist, benefactor and patron of the arts and of many important causes, a towering figure in all of the many fields he bestrode

His achievements were immense and among them stood out his two terms as Chairman of the World Bank and his huge contribution to the renovation and financial stabilisation of both Carnegie Hall and Kennedy Center.

Among these giant endeavours, we at HarrisonParrott owe him our very existence when almost by happenstance the great baritone John Shirley-Quirk introduced me to him not long after he had joined Schroders in London. This was in December 1969 only two months after Terry Harrison and I had launched our new company which at that stage was based mostly on chutzpah and hope but was perilously near to running out of money.

Jim, already much devoted to music and the arts in his earlier life in Australia, spontaneously offered us a lifeline of support which enabled us over the following 5 years to consolidate the growing success of our management up to the point at which he generously insisted we should buy back his shares on very easy terms.

During these and subsequent years, Jim and his wonderful wife Elaine were always ready to be helpful and supportive to our artists as well as many others including Jacqueline du Pre with whom he studied the cello and to whom he brought friendship and comfort during the years of her illness up to her death.

A great man has left the many stages upon which he was the leading actor in so many pivotal roles. His departure follows the death of his beloved Elaine only three months ago — we shall miss them both very much and we send our deepest condolences to Adam, Sarah and Naomi and to all of their extended families.