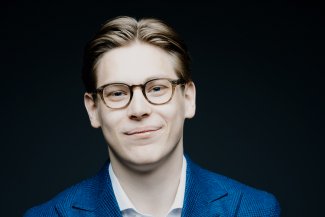 Zoltán Kodály (1882 – 1967) was a pioneer in his work with Hungarian folk music. In the Dances of Galánta, the composer merged vast knowledge with childhood memories of the music of his hometown of Galánta.

Jean Sibelius’ (1865−1957) Symphony No.1 was the composer’s international breakthrough, but also the one most strongly influenced by Finnish folk music.

Rolf Gupta’s (born 1967) Epilogue is taken from Earth’s Song, a full-night work about Creation, inspired by 3000-year-old Indian texts. The work was written for the Kristiansand Symphony Orchestra Centennial in 2019.

This concert was pre-recorded in October 2020 at Oslo concert hall.

Click on your region to book your tickets:
UK
Europe
USA/​Canada EST and PST
Japan