HarrisonParrott is delighted to welcome conductor and composer Tan Dun to its roster for general management. The world-renowned artist and UNESCO Global Goodwill Ambassador Tan Dun has made an indelible mark on the world’s music scene. A winner of today’s most prestigious honours including the Grammy Award, Oscar/​Academy Award, Grawemeyer Award, Bach Prize, Shostakovich Award, and most recently Italy’s Golden Lion Award for Lifetime Achievement, Tan Dun’s music has been played throughout the world by leading orchestras, opera houses, international festivals, and on radio and television.

As a composer, his creative mind is always exploring the boundaries of classical music, multimedia performance and Eastern and Western traditions. Following the success of his Oscar Award-winning music for Crouching Tiger and Hidden Dragon, works like his Internet Symphony, the Organic Music Trilogy, The Map and the Buddha Passion have been acclaimed throughout the world. His recent work Prayer and Blessing, virtually performed from 12 different countries during the quarantine, is an emotive tribute to all the victims of COVID-19 around the world. 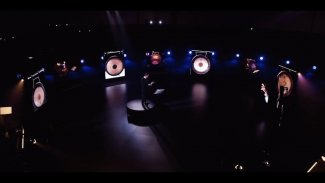