Behind the Scenes: planning the International Piano Series 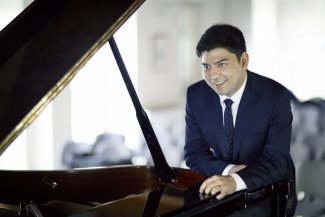 The International Piano Series at Southbank Centre is a highlight of London’s musical calendar. Ahead of the next performance – Behzod Abduraimov on 26 November – Associate Director Tracy Lees shares her secrets for running a successful project

How do you start planning the International Piano Series?

It begins two years before with a wish list of artists. Many performers want to be part of it but there are never enough dates for everyone. I work out the priorities, trying to get a good balance between styles, nationalities, programmes, established artists and debuts, and introducing feature concerts or pianists. We’re always trying to get more women into the series. HP runs the Series on behalf of a consortium of artist managers, with Askonas Holt, Maestro Arts, Intermusica and Victoria Rowsell Artist Management, and it’s a collaboration.

What are the main challenges of running the series?

After 30 years, the most difficult thing is to find new ideas and angles – to continue making it interesting while retaining the essential characteristic of a piano recital series. For example, we’ve had composer focuses, such as Liszt and Chopin, and mini-series within the series, including a major project with Maurizio Pollini and most recently, with Mitsuko Uchida’s Schubert and Paul Lewis.

Fixing the dates with Southbank Centre can be quite a jigsaw puzzle. I try to find around 16 possibilities, roughly spaced two weeks apart, avoiding holidays and working round their dates with the resident orchestras. We usually have three or four Royal Festival Hall dates each season and ten to twelve at Queen Elizabeth Hall. When we know these dates, we match them up with the artists’ availability. I offer the performers a choice of dates and write their names against the ones they can do. It can take a lot of negotiation, but we try to get everyone as close to their first choice as possible. Sometimes a pianist may only be doing one short European recital period during the season and we need to be part of that.

I always try to find out the artists’ programmes first – if they all want to play Chopin preludes, we’re in trouble. It can be difficult because quite often pianists have one or two recital programmes each season. If you know what that is, you can ask them if there is any flexibility but quite often, they don’t know so far ahead. You try to avoid repetition within the series, but artists change their minds, so what starts off as a nicely balanced season with music from different eras ends up with lots of Beethoven and Chopin. It’s not always possible to be insistent, especially knowing from the artist management side how hard it can be for artists to make changes.

Another challenge is being in the right place at the right time on the day of the concert, especially at the Royal Festival Hall, because the backstage area is so far from the ticket office. Sometimes you have to deal with ticketing problems and you’re also needed backstage, but you don’t know when. Some pianists like to chat if they’re feeling nervous, but others want to be left alone. Some need to shut themselves away completely, so if a door is closed, I won’t knock on it, except just before the concert. The trick is to be there when they need you. You develop an instinct about when that is. It has helped a lot to have had Yasemin Kandemiroglu as my assistant. She has been the support on the IPS for nearly eight years and organises all the logistics with pianos and rehearsals. Her presence on the day means we can be in two places at one time!

What are the audiences like for International Piano Series?

We have a lot of students and piano students – the Series has one of the highest take-up rates on the Student Pulse app, which offers discounted tickets to young people. From the data, we can see we have many more young people than we had when we started – that may be because they find out about the recitals more easily on social media and online.

It’s become harder to predict which concerts will be sold out, though. In the past, there was a handful of amazing, big-name pianists who could sell out the Royal Festival Hall, but that’s not the case anymore. I think we live in an age with a huge number of talented pianists, but we don’t have those mega-star artists with the must-see attraction of, say, Horowitz or Rubenstein. That’s in the past.

What choice of instruments do pianists have at Southbank Centre?

The Southbank Centre has a fantastic selection of pianos – one of the largest in the world. There are two Steinways and a Yamaha, and one of the Steinways has a second action, which feels like a different piano, so effectively there is a choice of at least four. They have a wide range of colours. The artist’s preference often depends on their repertoire. They might even want a different piano for each half – a brighter sound for Haydn, for example, and a warmer, more nuanced one for Chopin.

Some pianists prefer to try the instruments well in advance of the recital, so they know what to expect and don’t have to stress on the day. Otherwise, they decide during their practice session. All the pianos will be on stage for them to try, and the piano technician is there to help. I’m usually there when they’re trying them.

Sometimes they ask me about how the instrument sounds, and they might get me to play chords so they can listen from the back of the hall, but they’re the only one who can decide if it’s right for them. Telling a pianist that another pianist played a particular piano and thought it was fantastic cuts absolutely no ice – no matter who the other pianist is. They have to try the piano themselves to be happy. If they don’t like it, they don’t like it – it’s such a personal thing.

What are the most stressful moments?

I have had artists backstage saying they weren’t sure they could go on. There was one who hadn’t been well and was nervous about playing Beethoven’s ​‘Hammerklavier’ Sonata. He said, ​‘What happens if I go on and I can’t do it and I have to come off?’ I was thinking, ​‘Once you’ve started, I don’t think our cancellation insurance will be valid!’ but I couldn’t say that, so I said, ​‘It’s okay, I’ll go on stage and announce that you’re not feeling well, and it’ll be fine.’ That seemed to be enough for him: he went on stage and played beautifully.

One pianist turned up four hours later than his scheduled rehearsal and said he wasn’t going to play the big Beethoven sonata that everyone was expecting but had brought Liszt instead. There was no point telling him he had to play the Beethoven – I knew that if his heart wasn’t in it, it wouldn’t be good. You can’t make someone play something they are not comfortable with. A few people grumbled and had their tickets refunded, but he played the Liszt so well that anyone who stayed had a fantastic time.

Artists are all different and there’s never just one way to deal with all of them, but the one thing they have in common is that they have to believe in what they’re doing. If they’ve come to a certain conclusion about a programme, they have very good reasons.

What is the highlight of running the series for you?

Each and every recital is a highlight, but when it’s just me in the hall listening to another amazing pianist on stage rehearsing before a concert – especially if it’s someone I looked up to as a child, such as Pollini – I think, ​‘This is my dream job.’

What makes IPS special?
There aren’t many dedicated piano recital series in the world and International Piano Series is one of the longest running. Audiences trust the brand, so even if we invite a pianist who isn’t well known, they know the performer must be of the very highest level and come along.