Currently enrolled on the Orchestral Conducting Masters course at the Norwegian Academy of Music under Ole Kristian Ruud, Tabita Berglund originally trained as a cellist and studied to Masters degree level under Truls Mørk. A chamber and orchestral musician who regularly plays with the Oslo and Bergen Philharmonic orchestras as well as the Trondheim Soloists, conducting has been Tabita’s main focus since 2015.

In August 2018 Tabita was named as one of the winners of the Neeme Järvi Prize at the Gstaad Conducting Academy. Following auditions with the Stavanger Symphony Orchestra in May, she was the only candidate selected for Opptakt, a launch programme aimed at fostering Norwegian conducting talent and which collaborates with leading national orchestras as well as the Gothenburg Symphony, enabling exceptional performance opportunities for its young artists. On Tabita’s signing to HarrisonParrott, Maria Mediaas Jørstad, CEO of Talent Norway – one of the supporters of the programme and Tabita has commented:

“Talent Norway are extremely proud to see one of our talents, conductor Tabita Berglund, enter onto the international stage at the highest level”

“I have been much impressed by Tabita’s very committed journey as a musician and cellist which has led her to the conviction that she should now devote her life to conducting. Her strong engagement with music and her natural talent are evident in all she undertakes, and I am pleased that we will be working closely with Talent Norway in support of her musical aspirations and of her career ahead” 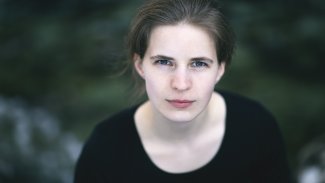