After performing in the opening concert of Beethovenfest Bonn on 31 August with the Orchestre Philharmonique de Radio France under Mikko Franck and opening the NDR Elbphilharmonie Orchester​’s season on 1 September with Ravel’s Piano Concerto under Krzysztof Urbański, Bertrand Chamayou​’s newest recording on WARNER will be released on 7 September.

For this recording Bertrand joined forces with the Orchestre National de France and conductor Emmanuel Krivine. The two main pieces on the recording are the brilliant and virtuoso piano concertos No.2 and 5 by Camille Saint-Saëns, that are accompanied by Saint-Saëns’ rarely-heard etudes and solo piano miniatures. 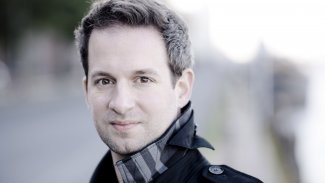