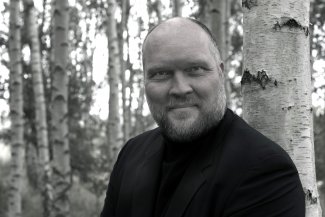 One of today’s greatest Wagnerian basses, Stephen Milling continues to sing his calling-card roles of König Marke, Hagen (Götterdämmerung) and Daland (Der Fliegende Hollander) in the world’s top houses, such as Royal Opera House, Covent Garden, Bayerische Staatsoper, Deutsche Oper Berlin and Semperoper Dresden. Stephen’s performance as Hagen at the 2017 Bayreuther Festspiele was met with universal acclaim: ​“There were some truly exceptional performances: Stephen Milling’s stentorian Hagen, whose famous call in Act 2 of Götterdämmerung seemed to shake the theatre’s wooden structure” Opera Magazine; ​“Stephen Milling sings a wonderfully nasty Hagen with the aura of a heavyweight boxer. Brutal in the scene when he kills Siegfried.” (Salzburger Nachtrichten)

Stephen Milling continues to balance his Wagner roles with his wider repertoire, with highlights of the 2017/18 including both Hagen and Padre Guardiano (La forza del destino) in Dresden, as well as Rocco (Fidelio) for Teatro alla Scala.