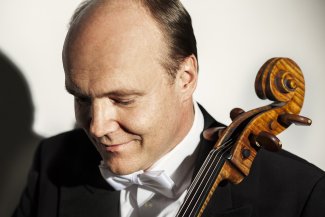 On 2 December Truls Mørk returns to Carnegie Hall for the first time since 2002, performing Shostakovich’s Cello Concerto No.1, led by concertmaster, Renée Jolles. Truls then goes on to perform at the Kravis Center for Performing Arts in West Palm Beach on 5 December.

This follows on from Truls Mørk’s concerts with the Cincinnati Symphony Orchestra under the baton of Louis Langrée. Truls’ final concert of the year will see him perform Elgar’s Cello Concerto with the Orchestre Philharmonique de Monte-Carlo with conductor, Thomas Dausgaard at the Auditorium Rainier III.