The concerto, which was written for Lisa, received critical acclaim following the premiere performances with Royal Stockholm Philharmonic Orchestra and the Gewandhausorchester Leipzig with Alan Gilbert:

The Swedish Music Publishers Association Prize has awarded Anders Hillborg the ​‘Classical Music Award of the Year – Orchestra/​Opera’ for the Violin Concerto No.2. 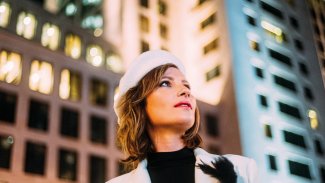