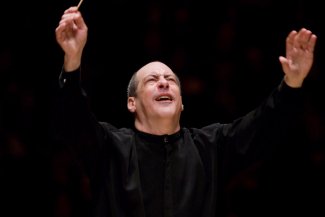 On 20 October, Robert Spano conducts the BBC National Orchestra of Wales in a Russian themed-programme including Mussorgsky’s Song and Dances of Death and Song of the Flea, Shostakovich’s October, Liszt’ Mazeppa and Scriabin’s The Poem of Ecstasy.