Lucienne Renaudin-Vary makes her debut with Collegium Musicum Basel on 29 September under Kevin Griffiths, in a programme featuring Haydn’s Trumpet Concerto and Dvořák’s Symphony No.7.

This follows a very successful concert with Orchestre National de Lille earlier this month, where she played works from her debut album, which will be released on 7 October 2017 by Warner Classics. 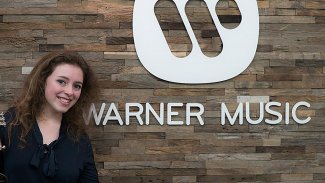