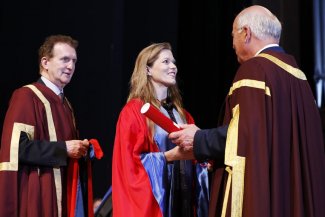 Barbara Hannigan has been awarded an Honorary Doctorate from Mount Allison University. The school felt it was fitting to honour a distinguished musician as it celebrates the 100th anniversary of its first bachelor of music degree.

After being awarded the Honorary Doctorate, Barbara addressed the graduates in a captivating speech. She explained that ​“what separates a very good performance from a great one is an unexpected change… often in the form of a mistake that ripples through the orchestra and alters the dynamic. We think we’re on a particular path and suddenly the ground drops out from under us and we have no choice but to fly.”

Mount Allison University has a long tradition of offering honorary degrees to individuals who are nationally or internationally recognised in their fields. 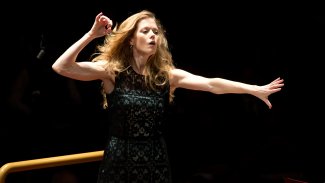