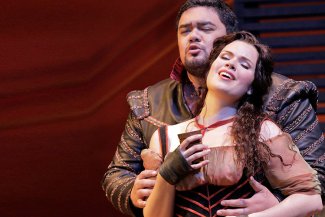 Now coming towards the end of his time with the Adler Programme at San Francisco Opera, young Samoan tenor Pene Pati takes on the role of Duca di Mantova in Rob Kearley’s production of Rigoletto, under Music Director Nicola Luisotti. Previously a participant in their Merola Summer Program, Pene Pati has this season appeared in Aida and Don Carlo, both with Luisotti, and in the world premiere of Bright Sheng’s Dream of the Red Chamber, whilst covering Ernesto in Don Pasquale and Pinkerton in Madama Butterfly. 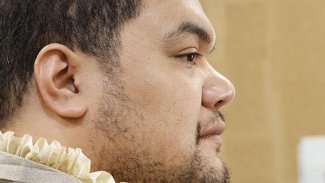