Tamara Stefanovich in Italy, the Netherlands and the US 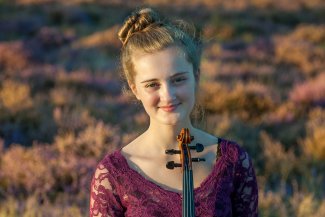 HarrisonParrott is delighted to welcome Dutch violinist Noa Wildschut to its roster for worldwide general management.

Described as a ​“miracle of musicality” (Süddeutsche Zeitung) Noa, who is aged fifteen, has just signed as an exclusive recording artist to Warner Classics. Her first recording will be an all-Mozart album, set for release in 2017.

Having made her debut at Amsterdam’s Concertgebouw at the age of seven, Noa regularly performs at leading venues across Europe, North and South America. She has worked with orchestras such as Rotterdam Philharmonic Orchestra, Concertgebouw Chamber Orchestra and Sinfonieorchester Basel, and with soloists such as Anne-Sophie Mutter, Janine Jansen and Menahem Pressler.