Klara Ek, Lawrence Zazzo and Javier Arrey, unite with Christopher Warren-Green and the Charlotte Symphony Orchestra for performances of Carl Orff’s Carmina Burana on 12, 13 and 14 May.

An experienced concert performer, Klara Ek has had a busy season including Mahler’s Symphony No.4 with BBC National Orchestra of Wales, Messiah in Spain and Carmina Burana with Orchestre Philharmonique de Strasbourg. Following these concerts Klara will head straight back across the Atlantic to return to Innsbrucker Festwochen for Cimarosa’s Il matrimonio segreto this summer.

Lawrence is a familiar face to American audiences having sung Bach’s St Matthew and St John Passions as well as Handel’s Messiah with orchestras including the Houston Symphony, Minnesota Orchestra and the Handel and Haydn Society. Equally associated with contemporary repertoire, next season he performs Oberon in Britten’s A Midsummer Night’s Dream in Beijing.

Javier Arrey joins the orchestra in Charlotte for the first time having already performed with the Baltimore Symphony Orchestra, Washington Concert Opera and Washington National Opera in previous seasons. He will return to Europe next season as Marcello (La bohème) for his Wiener Staatsoper debut. 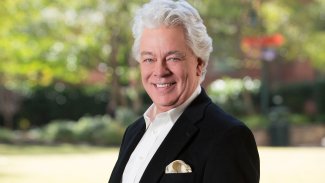 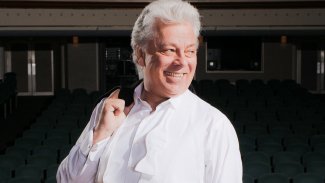