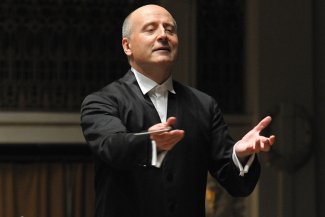 The tour kicked off on 28 February in Berlin, where the orchestra performed for their first time after 11 years and set the tone for a spectacular tour. Die Welt lauded the performance: ​“Paavo Järvi, from his clearly accentuated opening (of Mahler Symphony No.6), took his fiercely engaged orchestra with vehemence out of the comfort zone…with Järvi the work is disciplined, with fine articulation and a soft, yet structured, sound which leads us through melancholic marches”. Tagespiegel confirmed the success: ​“since technical mastery is crucial to the music of Mahler, one can be astonished at the excellent percussion and clearly staggered sound spaces.”

The next destination was the sold out Luxembourg Philharmonie, where on 1 March ​“Paavo Järvi seduced with the nobility of his style, the beauty of the counter-songs and the sobriety of the dramatism (in Sibelius’ Violin Concerto)…Our Japanese musicians offered the Shostakovian message more in its threatening universality, its abstract fury […] in favour of a sonorous culture which, without being aesthetic, largely banished the confusion and panic of the music’s confession.” (Luxembourg Wort)

Another sold out performance followed on 2 March at Philharmonie de Paris. NHK SO was described by Le Club des Critiques, Radio France as an orchestra with ​“a very warm tone and, at the same time, an almost brutal attention which is also fascinating to witness in the Sibelius Violin Concerto with Janine Jansen”. ​“Shostakovich’s 10th in the second half was performed to perfection”. ​“This is an extremely impressive orchestra…with an extraordinary warmth and expressive strings”.

Diapason viewed the performance as ​“an unmistakably convincing marriage”, as ​“the musicians of the NHK aim for crudity and realism, and their radical spontaneity gives the impression of a young orchestra, with the mastery of experienced training”.

Next on the tour was Amsterdam on 4 March, where ​“the NHK Symphony Orchestra Tokyo surprised with a blazing virtuosity in Shostakovich. Chief conductor Paavo Järvi smuggles the Japanese into the top league…the triumph of a dream team…” (Der Volkskrant)

Returning on 6 March to Royal Festival Hall, Southbank Centre, London, after 23 years, the expectations were high, and they were met and surpassed, with brilliant press reviews. ​“This visit by Tokyo’s NHK Symphony Orchestra and its chief conductor, Paavo Järvi, was a rare UK showcase for an ensemble on bristlingly good form”. (The Guardian)

The Times described the finale: ​“in the life-and-death tumult of the finale, where a flamboyant percussionist turned the two ear-splitting hammer-strokes into a new form of martial art – the direct, almost violent clash of opposites really paid off. The ending was stunningly dramatic”.

The last two concerts took place at Wiener Konzerthaus on 7 March and Cologne Philharmonie on 8 March. The sold out Vienna performance was described in Der Standard as ​“radiant music of anxiety”, ​“an unvarnished performance – with intensity and without sentiment.”, while Kronen Zeitung concluded that ​“the NHK Symphony Orchestra Tokyo performs with precision and that seeming lightness and elegance that its Chief Conductor, Paavo Järvi, is so fond of”.

The tour concluded in Cologne with long applause and standing ovations after ​“the exceptionally precise, profoundly strong and almost boundless breadth of the Japanese elite orchestra’s playing”. (Kölnische Rundschau).

NHK Symphony Orchestra has taken Europe by storm and everyone is talking about it. 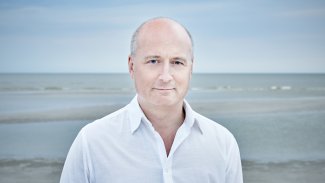