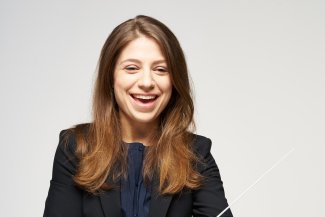 Having trained at the Royal Swedish Academy with Jorma Panula and at the Sibelius Academy with Leif Segerstam, Dalia Stasevska has already made a number of important concert debuts in Finland, including the Finnish Radio, Oulu and Lahti Symphony Orchestras, as well as the Turku Philharmonic and Tapiola Sinfonietta – both of which she returns to in the 2015/16 season.

As an opera conductor, Dalia is currently conducting a new production of Janáček’s The Cunning Little Vixen at Finnish National Opera, and this summer she returns to the Savonlinna Opera Festival following her concert debut there last year.

Recently appointed as Assistant Conductor to Paavo Järvi by the Orchestre de Paris, Dalia will conduct the orchestra in several family concerts throughout the 2014/15 season. She has previously worked with Esa-Pekka Salonen, the Philharmonia Orchestra and the Los Angeles Philharmonic in the same role. 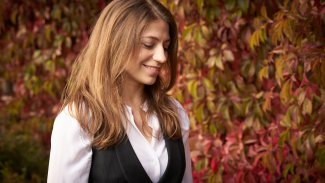