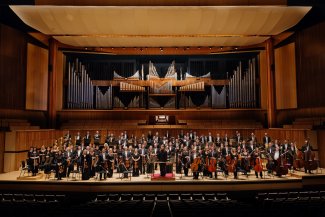 The Philharmonia Orchestra begin their tour to Asia under the baton of esteemed conductor Lorin Maazel. Together they will perform in Hong Kong (31 March), Guangzhou (1 April), Shanghai (3 April) and Beijing (5 April) before journeying to South Korea for two performances at the Seoul Arts Center (7 – 8 April).

The orchestra will perform a range of repertoire including Mahler’s Symphonies Nos. 1 & 5, as well as concertos by Haydn, Tchaikovsky and Mozart, whose third concerto will be performed by the young Korean Esther Yoo.