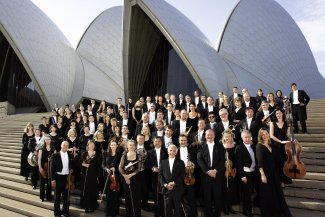 HarrisonParrott is proud of its long association with the Edinburgh International Festival, with its artists and touring projects featuring regularly in the festival programmes. 2010 is no exception and sees no less than four visiting symphony orchestras give a total of seven concerts in the Usher Hall. The Finnish Radio Symphony Orchestra and their Chief Conductor, Sakari Oramo, are the first to arrive with performances on 15 & 16 August. Wagner and Nielsen are the unifying elements, with the latter’s Symphonies 4 & 5 featuring in the respective programmes. Petra Lang sings Wagner’s Wesendonck Lieder in the first concert and Juha Uusitalo delivers the Dutchman’s Monologue and Wotan’s Farewell in the second.

Next up is Osmo Vänskä and the Minnesota Orchestra on 29 August, which starts a 5‑day consecutive run of HarrisonParrott touring orchestras. Their programme will feature Beethoven’s Symphony No. 7, with cellist Alisa Weilerstein performing Elgar’s concerto in the first half. As they depart, the Royal Concertgebouw Orchestra arrive together with Mariss Jansons, for what promise to be two stunning concerts. On 30 August Edinburgh audiences will hear a programme of Stravinsky, Bartók and Berio while Mahler’s monumental Symphony No. 3 beckons on 31 August. Hot on their heels come the Sydney Symphony and Vladimir Ashkenazy on 1 & 2 September. They bring an appropriately Antipodean slant to their programmes as works by Ross Edwards (his violin concerto Maninyas, with Dene Olding), Peter Sculthorpe and Matthew Hindson are set against Ravel’s Piano Concerto in G major (with Hélène Grimaud), Strauss’s Rosenkavalier Suite and Elgar’s Enigma Variations.