“An extraordinary glimpse inside the sights and sounds of a symphony orchestra.”

The Philharmonia uses technology to connect with a growing audience beyond the concert hall, creating new artistic experiences that allow you to step inside the orchestra.

The Digital team has created a range of cutting-edge projects, from iPad apps to interactive web documentaries, from its large-scale installations to touring musical trucks, from its extensive video collection through to its leading work in Virtual Reality. Many of its projects have reached international audiences and won awards, including three Royal Philharmonic Society awards, a Lovie and Raindance VR Film Award.

The orchestra began working in VR in 2014, and have created three experiences in 360 video – The Virtual Orchestra, Beethoven’s Fifth and Mahler’s Third. These have been showcased internationally, reaching more than 30,000 visitors at events including the Rio Olympics, SXSW 2018 and the Southbank Centre.

“Violinists’ bows are so close you flinch”

“To outside observers it may look comical, but from under the headset it is thrilling.” 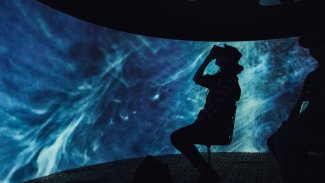 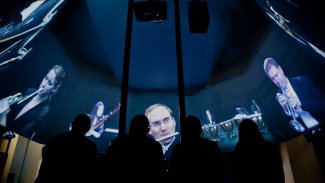