Vivi Vassileva began her musical studies on the violin, but on hearing a group of folk artists on Karadere beach on the Black Sea coast she was immediately inspired to take up percussion. It was these colourful and exotic Balkan rhythms which moulded her into the multifaceted musician she has become and which continue to influence her classically-trained style.

The 2022/23 season sees Vivi Vassileva appear with orchestras such as National Polish Radio Symphony Orchestra Katowice in concerts at Elbphilharmonie Hamburg and Philharmonie Berlin, with the Residentie Orchestra in The Hague, the Bulgarian National Radio Symphony Orchestra, Beethovenorchester Bonn and Münchner Symphoniker. Chamber music projects take her to Philharmonie Cologne, Tonhalle Düsseldorf and Wiener Konzerthaus amongst others. Vassileva will also appear at important festivals, amongst them Heidelberger Frühling and Schleswig-Holstein Music Festival.

Selected for the Wiener Konzerthaus’ Great Talent scheme in 2019 and as ​‘Junge Wilde’ at Dortmund Konzerthaus from 2021/22 for three seasons, Vivi Vassileva has laid the foundations for a major performing career as an artist who will take audiences with her as she explores and pushes the boundaries of the percussion world. Besides her brilliant technique, athleticism and astonishing virtuosity, she brings exceptional musicality and poetic expression to her performances. 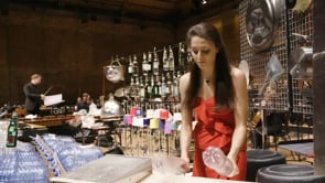 Recycling concerto by Gregor A. Mayrhofer with Britten Sinfonia 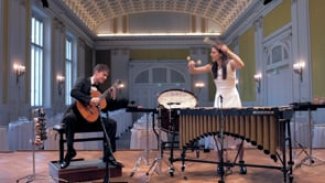 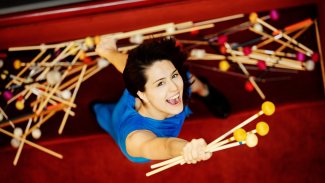