“Blaise Malaba has the true bass voice and the undoubted gift of the born communicator.”

Born in the Democratic Republic of the Congo, bass Blaise Malaba studied in Ukraine before training at the Royal Welsh College of Music and Drama and thereafter as a member of the Jette Parker Young Artist Progamme at the Royal Opera House, Covent Garden. Recognised for his resonant and powerful bass, Blaise returns to Covent Garden this season as the King of Egypt in Robert Carsen’s new production of Aida under Sir Mark Elder, Mandarin in Turandot conducted by Sir Antonio Pappano, and Dottore Grenvil in Richard Eyre’s production of La traviata under Keri-Lynn Wilson. Elsewhere he makes company debuts with Opéra national de Montpellier as Sprecher in Anna Bernreitner’s new production of Die Zauberflöte conducted by Constantin Trinks, and with Teatro Colón in Weill’s The Seven Deadly Sins under Jan Latham-Koenig.

Praised for his performances of ​“profundity and gravitas” (Opera Today), highlights at The Royal Opera House have included Abimélech in Richard Jones’ new production of Samson et Dalila under Sir Antonio Pappano, Montano in Keith Warner’s production of Otello conducted by Daniele Rustioni, High Priest in Daniele Abbado’s production of Nabucco under Daniel Oren, and Second Elder in Isabelle Kettle’s new production of Handel’s Susanna at the Linbury Theatre. 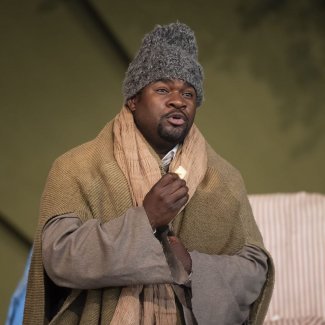 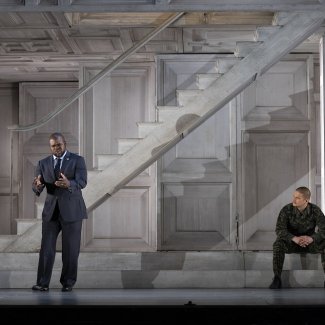 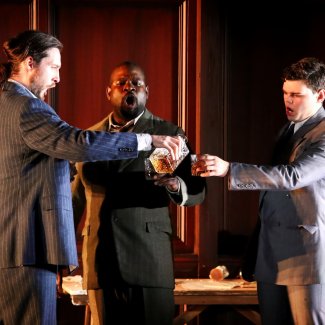 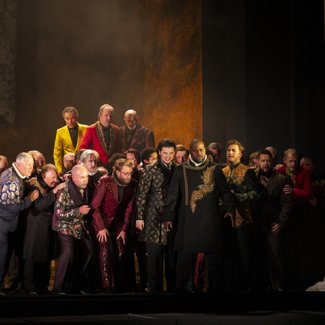 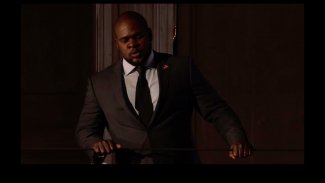 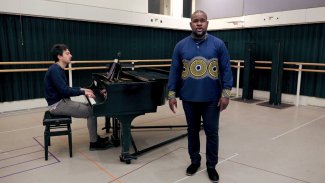 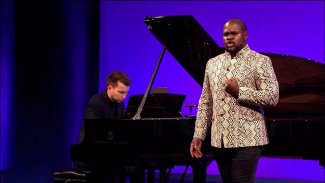 “The trio of dark male voices (Blaise Malaba as Abimélech, Łukasz Goliński as the High Priest and, especially, Goderdzi Janelidze as ​‘Samson’s Rabbi’) were all impressive, all adding energy to the words and nuance to what is sometimes unforgivingly monochrome vocal material.”

“Pappano was a firmer hand for Rachmaninov’s Aleko, a simply brilliant account from all concerned: Blaise Malaba a superbly strong and ardent Aleko”

“Blaise Malaba shines briefly, especially from his gold-plated hairdo, as a Philistine henchman.”

“Blaise Malaba ensured that the sympathetic ministrations of Doctor Grenvil registered in the finale.”

“Blaise Malaba prowled the set as an imposing and threatening Philippe”

“Bass Blaise Malaba certainly has the voice for Philippe, booming and resonant, with a lovely sense of line”

“Blaise Malaba – a High Priest of Baal of profundity and gravitas… gave [an] impressed, poised performance”

“Blaise Malaba has the true bass voice and the undoubted gift of the born communicator – he knew how to fix individual members of the audience with intense glances. Poulenc’s ​“La belle jeunesse” from Chansons Gaillardes was a spirited and meaningful delight, and the voice-type is perfect for Russian/​Caucasian melancholy in Rachmaninov’s early Pushkin setting ​“Do not sing for me, o fair one, the sad songs of Georgia.”

“Rossini’s L’Italiana in Algeri, in which Congolese bass Blaise Malaba and Tongan tenor Filipe Manu, both dashingly attired, rattled off the patter with infectious good humour”

“His effortlessly big voice and personality demonstrate his promise”

“Of the two Elders, it was the second, Congolese bass Blaise Malaba, who impressed the most, by far, his voice firm and powerful with real presence”

“Blaise Malaba was a sober yet warmly supportive presence as Alidoro, despite his youth Malaba created a nicely fatherly feel to the character, and his interventions as Deus-ex-Machina had a nice sympathy to them. Malaba’s dark hued voice added a touch of sobriety and sense to the busy excitement of the evening which made a nice contrast”

“Finally, there was the sobering presence and rich tones of the young Congolese bass Blaise Malaba”

“A kind of fairy godfather without a wand, Alidoro is given a dignified, solicitous and sonorous interpretation by Blaise Malaba” 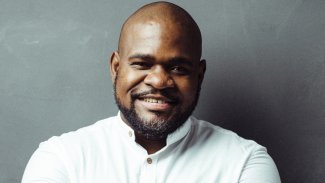