“Long and luxurious, swarming with bravura passagework, and by turns tender and feverish, Tango Manos [the Pulitzer-nominated orchestral work by Aaron Zigman] took the audience by storm.”

As a classically trained pianist, composer, and conductor, Aaron Zigman has a degree of versatility rarely seen. His deep classical roots combined with his background in writing and producing songs for many of the greatest performers bring a unique skill set to his film and classical compositions.

His career as a film composer was launched in 2000 when director Nick Cassavetes heard his symphonic tone poem entitled Rabin (1994), which was composed in memory of Yitzhak Rabin, the late Prime Minister of the State of Israel, and was performed by Los Angeles Jewish Symphony. Zigman and Cassavetes have since collaborated on six films, including the iconic romantic classic The Notebook (2004).

After composing more than 60 Hollywood films, including The Proposal (2009), Sex and the City I & II (2008 and 2010), The Company Men (2010), and Wakefield (2016), Zigman shared his creative energy with the classical music world with Tango Manos (2019), a concerto for piano and orchestra co-commissioned by the Beijing Music Festival, Radio France, and San Francisco Symphony. The concerto features world-renowned pianist Jean-Yves Thibaudet and premiered to critical acclaim. In China, Tango Manos was conducted by Long Yu, Artistic Director and Chief Conductor of the China Philharmonic. In the U.S., Tango Manos was premiered by San Francisco Symphony under the baton of the highly acclaimed Fabien Gabel.

“Long and luxurious, swarming with bravura passagework, and by turns tender and feverish, Tango Manos [by Aaron Zigman] took the audience by storm.”

“I hope Zigman’s Tango Manos becomes as popular as Boléro. It is one of the few modern works which deserves to be heard by everyone because it will be liked by everyone.”

“Zigman and Thibaudet hold reputations as legends in the film industry with their involvement in scores and soundtracks of notable works…[Tango Manos] was an incredibly dynamic performance.” 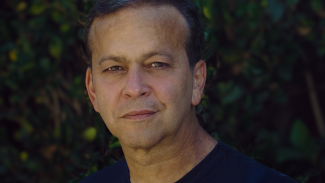 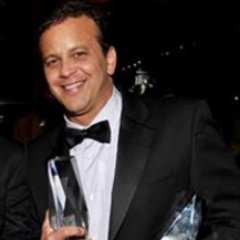