“Music, that is naked drama, pathos, exuberant joy of our masked modern existence — the ultimate gamble, the tremor to life (or death). If the music is not thus, an effort to overcome all limitations, it is nothing”

A truly modern and multi-faceted artist, Christian Schumann has rapidly established a reputation as both an opera and symphonic conductor, composer and arranger as well as a leading international force in the contemporary and film music world.

Collaboration is at the heart of all of Schumann’s projects, often contextualising other genres within the orchestral world such as film and video game music, jazz and contemporary electronic music, working with the likes of John Powell, Elliot Goldenthal, Howard Shore, Samy Thiébault and Robin Schulz, as well as being mentored by Péter Eötvös for a number of years. His attention is spent on adventures of creating new, serious, hybrid formats as content for the concert hall and opera stage, including electronic and interactive elements for interdisciplinary projects in the 21st century. 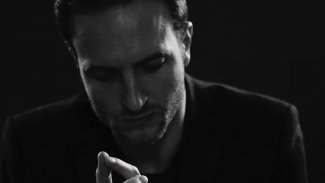