“Baritone Noel Bouley is a rising star that seems poised to become the next Dutchman of choice!”

This season Noel Bouley makes his British operatic debut as Scarpia in English National Opera’s new production of Tosca directed by Christof Loy; a role which he’s made his own on stage in Munich, Dortmund and throughout Germany, where the Texas-born baritone has made his home in the last decade.

Building his repertoire as a member of the ensemble of the Deutsche Oper Berlin, Bouley’s roles there have included Amonasro (Aida), Sharpless (Madama Butterfly) and more recently he has begun to explore the Wagnerian dramatic roles with great success as Donner (Das Rheingold), Bietrolf (Tannhäuser), Der fliegender Holländer, Amfortas (Parsifal) and returning as a guest artist as Wotan in Stefan Herheim’s new production of Das Rheingold.

This season will see him further debut as Wanderer in Peter Konwitschny’s new production of Siegfried, and he’ll sing Klingsor (Parsifal) in concert under Pablo Heras-Casado and the Orquesta de Extremadura. Elsewhere in concert, he presents Vaughan Williams’ A Sea Symphony under Felix Bender at Theater Ulm.

Last season Noel Bouley made his highly anticipated debut as Wotan in Peter Konwitschny’s new production of Die Walküre at Theater Dortmund, and returned to Germont in La traviata for Theater Basel, a role he first sang for the Glyndebourne Festival, under Christoph Altstaedt.

Elsewhere he’s appeared as the High Priest of Dagon in Samson et Dalila at Washington National Opera, as Ford in Falstaff at Oper Köln, in the title role in Der fliegende Holländer at Oper Leipzig and Opera San José, as Wotan in Das Rheingold and as the title role in Rigoletto at Theater Chemnitz, and appeared in the abridged ​‘Ring an einem Abend’ at Oper Leipzig as well as in concert at both the Philharmonie am Gasteig in Munich and at the Liederhalle Stuttgart. 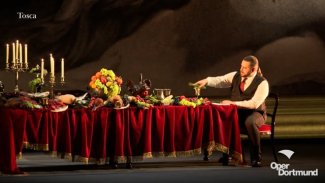 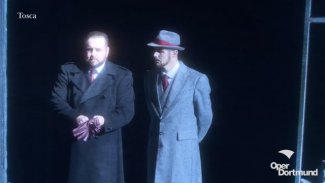 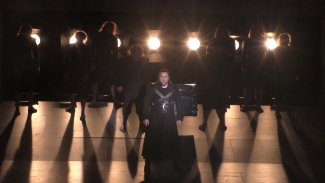 “The list of noteworthy debuts continued with baritone Noel Bouley, whose raging snarl in the top notes made his High Priest of Dagon poisonous and spiteful. In his incestuous scene with Bridges’ Dalila, he matched her in vocal sheen and malice.”

“Noel Bouley, as the High Priest of Dagon, was consistently fantastic in every regard, holding court and making demands with an arresting vocal presence.”

“Baritone Noel Bouley as Baron Scarpia is frightening even by his sheer physical appearance: tall, long-haired, somber, he stands as a symbol of evil and seems by his powerful voice even more insurmountable. He wants Floria Tosca for himself — by force.”

“With Noel Bouley stood a beefy Scarpia-giant, full-bodied baritone as a man with unrestrained power.”

“The American baritone Noel Bouley as Baron Scarpia was a wonderfully diabolical villain, an imposing stature, long-haired and respectful, like a rockstar president.”

“Baritone Noel Bouley is a rising star that seems poised to become the next Dutchman of choice! There is nothing about this taxing role that eludes him. Mr. Bouley has a robust, rolling tone that is well-supported and responsive to his every interpretive nuance. His rich vocalizing and well-considered musical journey resulted in a potent, cathartic performance.”

“Noel Bouley played Giorgio Germont straight down the line, willing us to have sympathy with his dilemma, and his rich baritone was authoritative and highly convincing.” 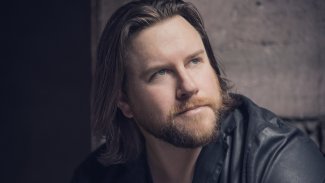