“And even if Smiljanić’s Figaro exuded more authority than his master, towering over the rest of the cast, he delivered his tricky aria with aplomb.” 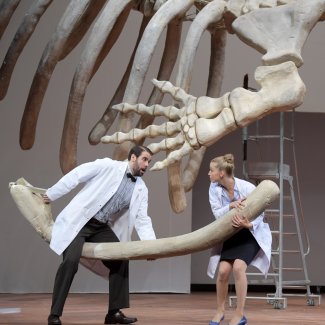 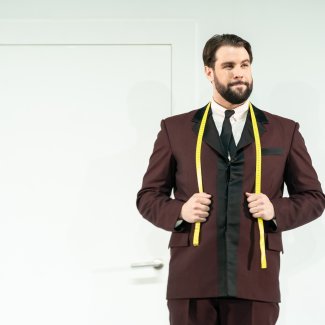 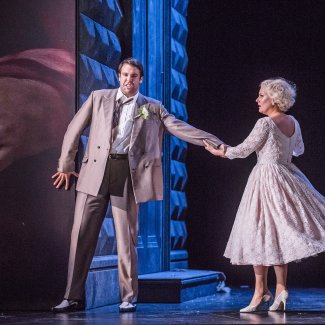 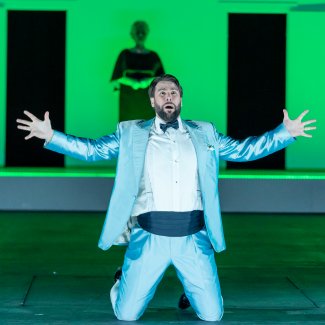 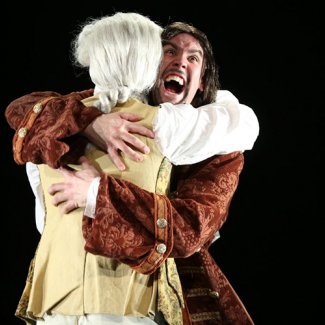 Born in Britain and now a member of the ensemble of Oper Frankfurt, bass-baritone Božidar Smiljanić scored a huge triumph in the title role in The Marriage of Figaro for English National Opera last season. In an acclaimed new production by Joe Hill-Gibbins, Božidar was described as ​“physically imposing but vocally agile” (Guardian) whilst delivering ​“his tricky aria with aplomb” (Sunday Times).

In his first seasons in Frankfurt, Božidar has developed his repertoire considerably including debuts as Garibaldo in Claus Guth’s new production of Rodelinda, Ariodate in Xerxes under Constantinos Carydis, Farasmene in Radamisto, and Eumée in a new production of Fauré’s rarely-performed Pénélope under Joana Mallwitz, as well as Zuniga in Barrie Kosky’s Carmen, Sprecher in Die Zauberflöte, and Hunter in Rusalka. 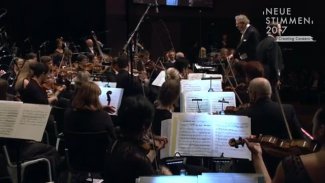 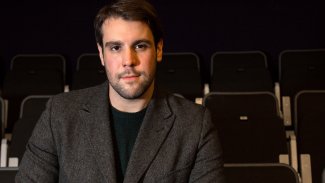 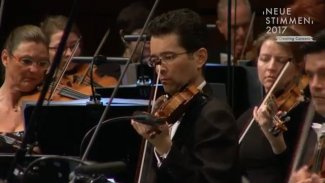 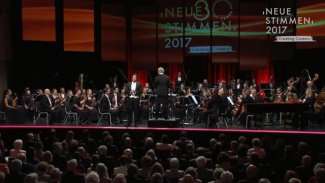 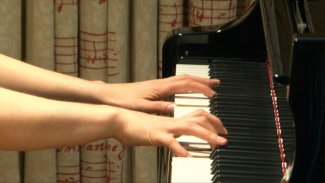 “particularly when the Count’s portrayal was set against the easy charisma and generosity of Bozidar Smiljanic’s Figaro.”

“Bozidar Smiljanic relished Jeremy Sams’ funny, racy, contemporary vernacular translation…And even if Smiljanic’s Figaro exuded more authority than his master, towering over the rest of the cast, he delivered his tricky aria with aplomb.”

“Among the other roles, the rather exuberant Eumée of Bozidar Smiljanic is noted above all.”

“The shepherd and long-term confidante of Ulysse, Eumée, was portrayed by bass-baritone Bozidar Smiljanic with an engaging timbre.”

“He was bullied by Bozidar Smiljanic’s thuggish Garibaldo…Smiljanic’s rich, even bass-baritone exuded menace without ever losing its smoothness and control. He has a big future in front of him.”

“an unmistakable, but by no means primitive villain, Bozidar Smiljanic was magnificent as Garibaldo.”

“Bozidar Smiljanic as Garibaldo was vocally playful and a brilliant usurper”

“As Garibaldo, his two arias are outbursts full of dark bravura, vividly portraying his superficial nature.”

“Božidar Smiljanić was by turns mesmerising, moving and borderline prophetic as soloist. His take on the introduction to Babylon was masterful, moving abruptly from proudly rattling off a list of valuable commodities to a stern, almost witheringly prolonged articulation of the world ​“slaves”, concluding with a tender lament for the ​“souls of men”. Likewise, the almost laughably undramatic moment when the libretto sums up almighty judgment in the wake of all the ungodly merriment in just a single sentence, Smiljanić made profound, as if he were heralding not merely the end of Belshazzar’s days but everyone’s.”

“Only in Act 4 did the emotional temperature begin to run higher. It was genuinely touching when Bozidar Smiljanic’s Schaunard, an energetic, eager-to-please kind of chap, went out to have a weep on the stairs”

“Simone, his sergeant, splendidly sung by Bozidar Smiljanic, surely a fine Figaro and Leporello in waiting.”

“a lively bass voice with strong textures and tonal definition.”

“Smaller roles were well cast, including Božidar Smiljanić as a glamorous Marquis; Smiljanić’s honeyed bass-baritone in particular marked him as one to watch”

“Božidar Smiljanić made a rowdy cameo with his tapster’s tale of oven-baked rat.”

“Božidar Smiljanić [and his Zerlina are] deliciously dysfunctional, both singing beautifully when she manipulates him and he traduces her”

“I was happily surprised to find a meatily sung Masetto from Božidar Smiljanić, whose even timbre and natural heft meant that for once the character was not a minor plot point, but actually a centre of attention. His relationship with Zerlina was the only one that had any chemistry”

“It won’t be long before Božidar Smiljanić graduates to Leporello from his lovable, fluently sung Masetto”

“Bozidar Smiljanic impressed as Haly, captain of the palace guard.”

“As the feckless captain of the palace guard, Bozidar Smiljanic complemented Mustafá’s ineffectual blustering with a performance of Haly which combined wit and naïveté”

“Completing the male principals was Bozidar Smiljanic as Haly, who served the Bey with judicious deference and genuflection. [He] was far more assured and imposing than we might expect from a singer who is just completing his postgraduate studies at the Royal Academy of Music.”

“Bozidar Smiljanic’s Figaro – exuberant, but not bumptious, and splendidly sung and enunciated – seemed ready for the world’s stages”

“At a professional level, a bass or baritone will have had to work their way up through the ranks before being gifted the role of Figaro…That Bozidar Smiljanic already embodies the barber-turned-manservant, leaping around the stage with relish and singing with both flair and subtlety, is impressive.”

“As [the] servant Luka, Božidar Smiljanić, a superb Nick Shadow in March, once again grabbed attention with his tonal and verbal immediacy.”

“This time the focus for me was on the Nick Shadow of Božidar Smiljanić. This young man goes from strength to strength with each production he is seen in. We will hear much more from him. [He produced] exemplary communication of the text”

“The Nick Shadow of Božidar Smiljanić was far clearer, and his sinister jocularity admirably sustained.”

“the singer that stood out the most was Božidar Smiljanić, the English Serbian bass-baritone in the role of Nick Shadow. Here is a singer ready to be on a professional stage. His vocalisation and general performance was very strong and one never got the feeling the role was challenging him. His death scene was very powerful in what is often a fiendishly difficult sing at that point in the opera.” 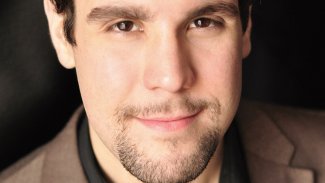 Božidar Smiljanić is Figaro in Frankfurt 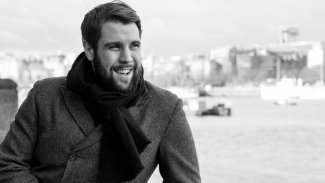 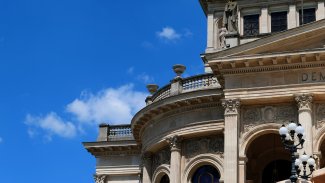 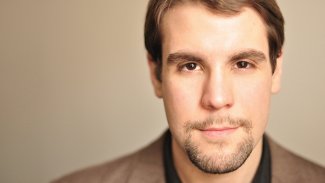