“Scholl loves the great era of English song that stretches from Dowland to Purcell, and in this concert brought it to life in performances of heart-felt intensity. The canvas of these songs may be small, but Scholl made it seem immense.”

During a career spanning three decades, Andreas Scholl has released a series of extraordinary solo recordings including Wanderer – a disc of German Lied in partnership with Tamar Halperin; O Solitude – an all-Purcell album with Accademia Bizantina which won the 2012 BBC Music Magazine award, Arias for Senesino, Heroes – a disc of arias by Handel, Mozart, Hasse and Gluck, Robert Dowland’s A Musicall Banquet, Arcadia – a collection of rare and unpublished cantatas by composers from Rome’s Arcadian Circle, Wayfaring Stranger – a selection of specially arranged English and American folksongs with Orpheus Chamber Orchestra, Bach cantatas with Kammerorchester Basel and Vivaldi Motets with the Australian Brandenburg Orchestra, all of which are released on Decca. His discography also includes recordings for Deutsche Grammophon – Handel’s Solomon and Saul with Paul McCreesh and for Harmonia Mundi including Vivaldi’s Stabat Mater; Caldara’s Maddalena ai piedi di Cristo; and Crystal Tears - lute and consort songs by John Dowland. His DVD releases include productions of Giulio Cesare (for both Decca and Harmonia Mundi), Rodelinda (Warner) and Partenope (Decca). Small Gifts of Heaven, a collection of arias for alto voice by JS Bach bookended by two of the Brandenburg concerti, is a collaboration with Dorothee Oberlinger and Ensemble 1700 and released on Sony.

Highlights this season are a tour of The Twilight People, a new recital programme devised in collaboration with Tamar Halperin and recorded for release on the BMG label, which they take to the halls of the Concertgebouw, deSingel and Wigmore Hall amongst others. He appears in recital with Edin Karamazov in the Les Grandes Voix series at Salle Gaveau and returns to the Moscow State Conservatory for a concert with Musica Viva Chamber Orchestra and Alexander Rudin. 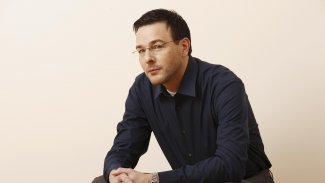 “Scholl’s bright, clear singing, which is as pure as any voice in the genre. The David role includes more than a few high notes, which rang through the Rudolfinum with thrilling clarity.”

“Scholl’s voice, with its bright directness and woody lower register, is a natural partner for Oberlinger’s solo recorders, and the combination works particularly well in ​‘Leget euch dem Heiland unter’ from Himmelskönig, sei wilkommen, where he and Oberlinger find a lovely combination of grit and polish for this heartfelt musical prayer.”

“Andreas Scholl, who has been at the top of the tree since the 1990s [is] still a countertenor that matters.”

“Andreas Scholl at his subtle best during a rare UK performance”

“[Giulio Cesare is] a role [Andreas Scholl] sings beautifully and plays with a dry, twinkle-in-the-eye irony which was captivating.”

“Scholl loves the great era of English song that stretches from Dowland to Purcell, and in this concert brought it to life in performances of heart-felt intensity. The canvas of these songs may be small, but Scholl made it seem immense. He gave an epic breadth to the folk-song King Henry, and when he sang the words ​“trembling, trembling” in Purcell’s Sweeter than Roses, he really did tremble like a man possessed. The real test in these songs is to bring out the flirty quality of the light songs without seeming arch, a test which Scholl passed with flying colours.” 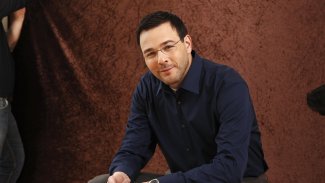 Andreas Scholl: How to have a long career 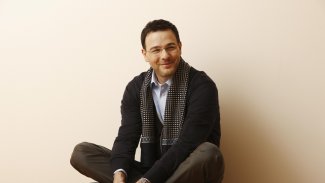 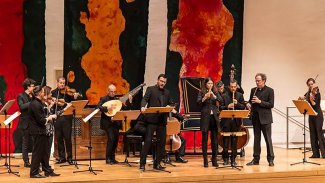 Andreas Scholl returns to Korea on tour with The English Concert

Andreas Scholl returns to Kölner Philharmonie with The Twilight People